How to diagnois auto troubles and repairs?


How to get your windshield wipers ready for the season?


Why are oil changes important? 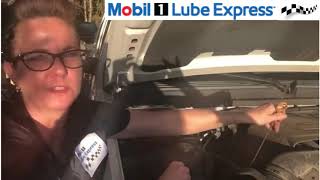 What's the difference between synthetic and mineral oil?

Synthetic lubricants are made up of molecules that have been modified under complex chemical processes and allow for enhanced performance under extreme conditions of temperature, pressure, and forces. Mineral lubricants are composed of molecules present in crude oil that are separated in the distillation process at a refinery.

A liquid that has a relatively high resistance to flow can be described as viscous. For example, water has a low viscosity compared with honey, so in this case, honey has a higher viscosity than water under the same temperature. A good quality lubricant keeps its viscosity steady under different temperature and usage conditions for a longer period of time.


What is a multigrade oil?


Additives are chemical compounds which, when added to base oils, improve the performance of the lubricants, protecting them from aging and allowing them to respond to all the demands of the modern engine. The blend of various additives is what sets a quality lubricant such as Shell Helix apart from the competition.


Why is my oil consumption is so high?

You would be wise to check for faults, taking into account the type of engine, its age, and the driving conditions to which it has been exposed. Faults could be caused by leaky injunctions or seals, wear to pistons or cylinders, or deposits limiting the lubrication of some surfaces.